Customer Retention...Starbucks Climbs on Board! 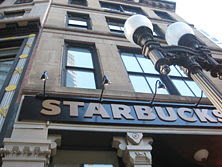 Sorry long article but a good one about a great customer retention tool I think highly of!

Schultz, who built the Seattle coffee chain into a corporation with almost 16,000 cafes, is trying to boost sales at existing shops while opening fewer locations. He returned as CEO in January after a seven-year hiatus. First-quarter sales growth slowed to 17 percent, the smallest gain in two years, on price increases and competition from McDonald's lattes and cappuccinos.

``Clearly the Starbucks Card is going to be an important component to getting people in the store and keeping them coming back,'' Howard Penney, an analyst at Friedman Billings Ramsey in New York, said in a March 14 telephone interview. ``You want your most loyal customers to come back more often.''

The company may also say it will lower prices on food and drink combinations to win back customers hurt by the slowing economy, said Penney, who recommends buying the shares.

``We look forward to unveiling several bold consumer-facing elements to further enhance the Starbucks experience and deepen the relationship with our customers,'' said Brandon Borrman, a Starbucks spokesman.

Starbucks has already begun using the prepaid card to offer deals to customers, saying last month that it will give out two hours of free AT&T Inc. wireless Internet access a day to Starbucks Card holders.

Starbucks expects to open 2,150 stores in the year through September, 350 fewer than previously planned. It will also close 100 locations.

Since taking over, Schultz, 54, has brought back former executives, naming Arthur Rubinfeld, executive vice president for store development from 1992 to 2001, as head of global development last month. This month, he appointed Cliff Burrows to run Starbucks' U.S. stores.

Last month, the chain closed 7,000 company-run U.S. locations for more than three hours to teach its baristas the art of espresso making.

``He's coming in to clean house,'' said James Walsh, who helps manage $1.1 billion, including Starbucks shares, at Coldstream Capital Management Inc. in Bellevue, Washington. ``That's a really positive thing you want to see. He's out there doing what he needs to be doing.''

``People are pricing in the destruction of Starbucks,'' Walsh said March 13. `It's a little amazing.''

To compete with McDonald's and Dunkin' Brands Inc.'s Dunkin' Donuts, Starbucks may introduce a value offering that combines baked goods such as scones and cupcakes with coffee drinks, Penney said.

The chain may also discuss a renewed focus on drip coffee, which currently accounts for about 12 percent of sales, Buckley wrote in a Feb. 28 report.

Starbucks last month offered an eight-ounce, $1 cup of regular coffee with free refills in the Seattle area as a test. It also experimented with a 12-ounce cup of ``fresh-pressed'' coffee for $2.50. The chain charges $1.55 for a regular brew. A latte sells for $4.05 in New York.

``I'm looking for something that is going to get Starbucks customers excited in this difficult macroeconomic environment,'' said Sharon Zackfia, an analyst with William Blair & Co. in Chicago who recommends investors buy the shares. ``More people are looking for recession specials, not $4 cups of coffee.''

The challenge to McDonald's may eventually weaken the value of the Starbucks brand, according to Coldstream's Walsh.

``It just doesn't seem like a fantastic strategy for someone that's trying to be a premium brand to also try to be a value brand at the same time,'' Walsh said. ``That can cause difficulties. You have to pick your strategy and go with it.''

While the annual meeting may highlight Schultz's renewed focus on improving Starbucks, it will probably take six months to a year before the initiatives begin to affect earnings, analysts and investors said.

``In the near term, the shares seem to be in a limbo state with a lower but yet-to-be-defined growth rate emerging,'' wrote Buckley, ranked as the top food and restaurant analyst by industry magazine Institutional Investor. ``It will take time for the brand transformation efforts to become more visible.'' 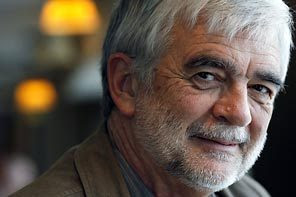 A great interview with one of the men who started all the madness that is Starbucks!